It was such an honor to meet Lt. Governor, Kay Ivey

The book tour for The Professor stopped in Cullman, Alabama this past weekend for two fantastic events.  On Friday night, my father in law, Dr. Jim Davis, hosted a private party at his home for friends and family in the Cullman area, which was capped off by a special appearance from the Lieutenant Governor of the State of Alabama, Kay Ivey.  Twenty-five copies of The Professor were purchased.  My wife, Dixie, and sisters in law, Christi League and Denise Burroughs, all of whom are from Cullman, were in attendance.  The night concluded with a reading from The Professor and a signing.

Me and my father in law, Dr. Jim Davis.

On Saturday, we had a fantastic signing at Books-A-Million in Cullman.  We sold 28 copies of The Professor, just four short of another sell-out.  In fact, had the store not ordered another shipment of books just prior to the signing (they sold 14 books in the week prior to the signing), we would have sold out in fifteen minutes.   Special guests included my friend from high school, Rachel Rice Malone, who came from Arab for the signing.  Other guests included my work colleague, Stephanie DeMonia, and two friends of hers.  Also in attendance was Dr. Davis’ longtime friend, Asa Hartwig, and his wife along with two of Dr. Davis’ original office staff members, Naomi and Dottie.  Additionally, Kitty and Perry Warren came to both events, and Kitty had already read half the book by the time she arrived at Books-A-Million on Saturday.  Finally, it was special having my two sons, Jimmy and Bobby, in attendance.

Me and my high school friend, Rachel Rice Malone

Me and Asa Hartwig 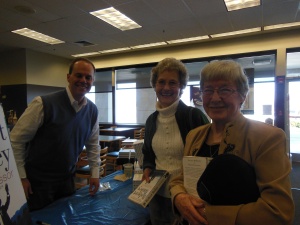 Me and Dottie and Naomi

At the close of the signing at Books-A-Million, the store clerk informed me that our signing was “the best I have ever seen in the eight years I have worked at the store.” 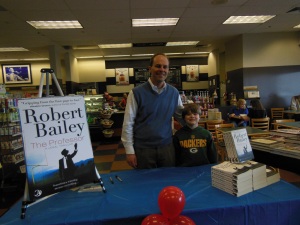 Me and my son, Jimmy 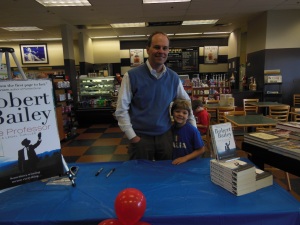 Me and my son, Bobby